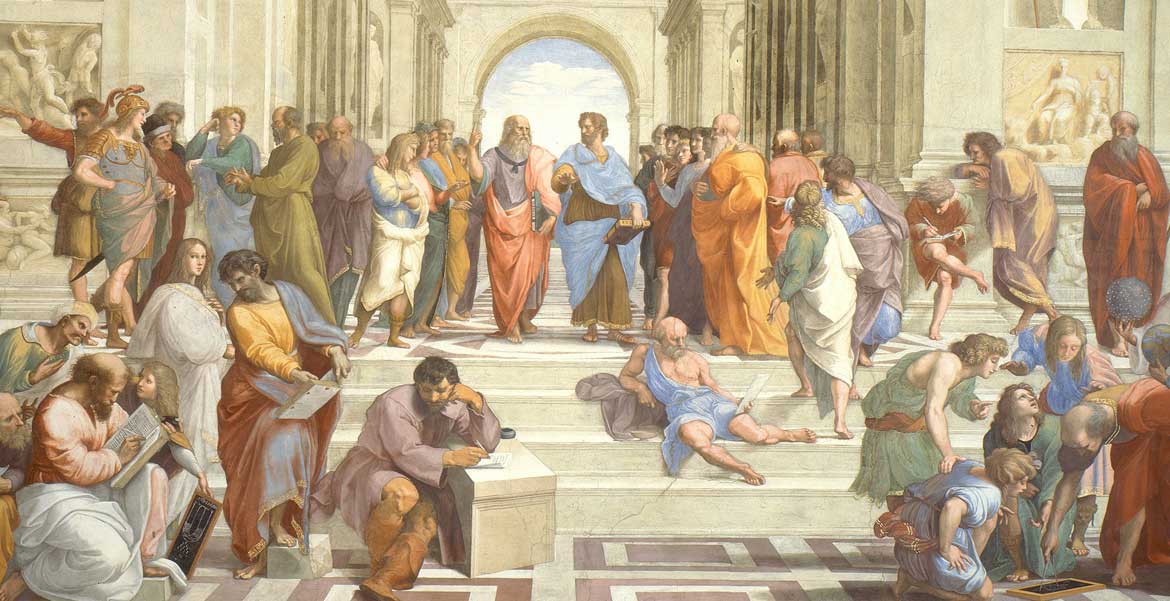 The Future of Education
Lies in Truth Seeking,
not in Conflict Avoidance

"Dare to be Wise" Friedrich Schiller

Socrates' importance as a historical figure, as well as, as the central character in Plato's philosophical works, defines the only epistomology(method of investigating knowledge in human thinking) which functions as a basis for truth seeking.  The use of the Socratic method of investigation, for both teaching and learning is the unique pathway by which people can achieve deeper insight into human affairs and the underlying principles of the nature of the universe.

Socratic reasoning,however, is totally different from today's common thinking, that understanding and knowledge comes through a combination of sensory impressions and observations as well as logical thinking. That common view of knowledge which comes originally from the Greek philosopher Aristotle(the philosophical opponent of Plato), completely dominants education in todays western world and is destructive to truth seeking. Instead of stimulating creative thinking, it acts to inhibit it. It acts as a form of social control preventing the flow of free thinking and thereby good and truthful education. Although this is a worldwide problem, it is especially a fundamental problem here in Sweden.  In fact, I contend, that unless this fundamental distinction in thinking between Plato(socratic dialogue) and Aristotle is made clear, there is little or no hope for successful advancement in science and the creative arts(poetry and music).

It is my intention to help make clear this distinction and thereby affect shift away from Aristotelian thinking and towards Platonic thinking.

The reality of initiating such a change will have profound effects on all walks of life in our society. It will inivitably cause great controversy.  Such controversy, although troubling at first, will lead us back to more friutful and productive lives.  Such a change will free people to enjoy life more, laugh much more often than they do today.

Please contact me if you might be interested in a seminar or even consultation by telephone. There are possibilities for discussion groups, for either business purposes or for educational purposes in schools.